Saungfirmware.id - Before entering the game list, you need to explain. Here, I have included 6 of the best Android and IOS mobile games for you from various categories, ranging from Adventure, Action, MOBA and many more.

1. Sky: Children of the Light - Unique Mobile Game
Surely you don't know about this game yet! 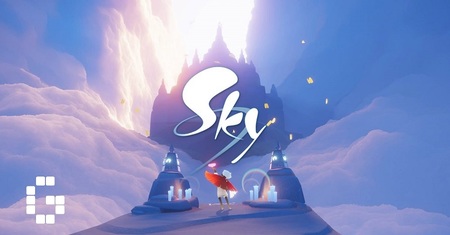 You need to know, Sky: Children of the Light was made by a company that is the same as the game Journey which is the winner with the title "Game of the Year" for the game in 2013.

Sky: Children of the Light is the upcoming openworld Android game that allows you to explore the world of this game as you like.

Your mission in this one game is to uncover all of the seven worlds and return to your people who are in the sky. This game was officially released in mid-2019 for you iOS users, and should be released soon on Android.

For now, you Android users, this game is still in the early access stage which started in October. You can try to pre-register now by clicking on the following link to directly download the game Sky: Children of the Light. Adapted from this game created and developed by the game company NetEase. Game Eve: Echoes is still maintaining the elements that make this game popular since its inaugural release.

This game is perfect for those of you who expect large space combat games and want to know how it feels to explore the universe.

Eve: Echoes is a game that will surely give you a very unique sandbox game experience from several aspects. The most prominent is the exploration that has no limits, monopolizing various things, stealing from other players or even against the players who become bandits on Eve: Echoes.

Eve: Echoes has closed the closed alpha session for their game, and a higher test level is likely to open this year. if indeed you are interested in trying this game, you can try to pre-register by downloading the game Eve: Echoes on the Google Play Store. 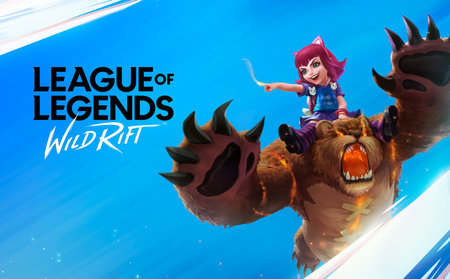 One of the MOBA games that became rivals Dota2 has long announced the release of the mobile version of the game. The plan was announced by the League of Legend along with their latest relish since the 10th anniversary of League of Legends.

This mobile version of the game has the same 5V5 MOBA feature as the PC version, although with a few adjustments to make the game more mobile-friendly. The customization of this game is built from the most basic, so most heroes or champions will not yet appear and be available to you in full.

There are only about 40 champions that you will be able to use at the inaugural launch of this game, with perfect abilities. With his PC game, League of Legend, which became one of the most popular games in the world, this made the League of Legend: Wild Rift game a long-awaited android game.

This game is planned to enter its beta tester at the end of 2019, and will come out with a full version on mobile in 2020. So, for those of you who are curious and want to play this game, you can register for pre-registration of the game Lege of Legend: Wild Rift on Google Play Store yes.

4. Diablo Immortal
Long before news of the game's release, game developer Diablo announced that he was working on a project for Diablo Immortal as their second mobile game.

The background for the story that will be used in the Android mobile game titled Diablo Imortal will take place between Diablo 2 and Diablo 3. In this game, you will be able to choose all six types of classes of characters, ranging from Barbarian, Monk, Wizard, Crusader , Demon, Hunter, and Necromancer class.

Each class will be equipped with at least 12 different skills. In addition, you can play in nine types of outdoor arenas and will fight a variety of creatures that you will never see in the PC version of Diablo.

This game is already listed on the Google Play Store list. Just try to make a list of pre-registration of Diablo Immortal so as not to miss important information about the release of this game.

For you lovers of the plaid world, there is happy news from Microsoft. Microsoft will release a VR version of your favorite game. Later, you can play Minecraft VR with the title Minecraft Earth on your iOS or Android devices. 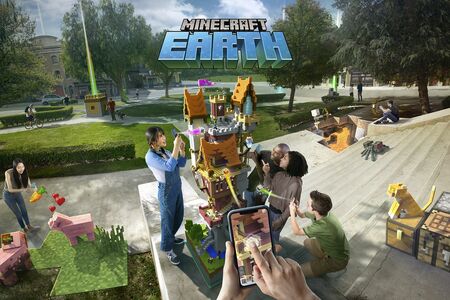 As said on the game's official website, later in this game you can make